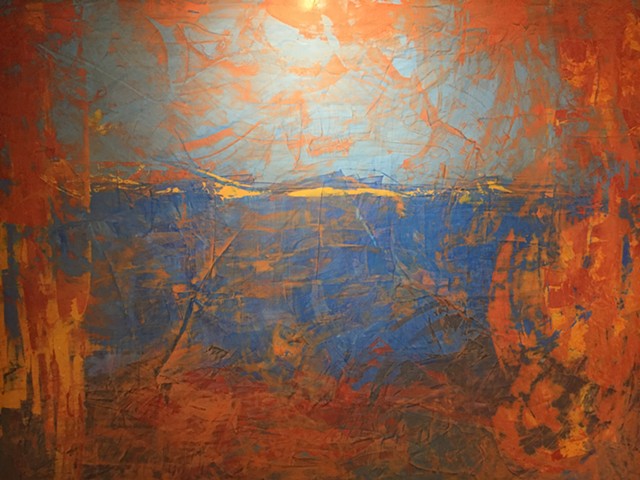 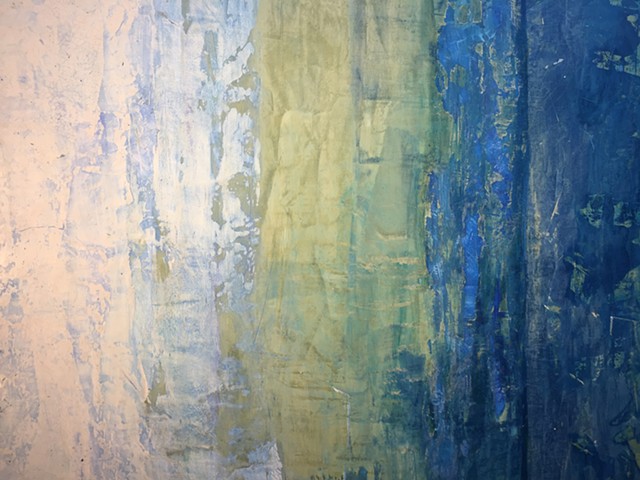 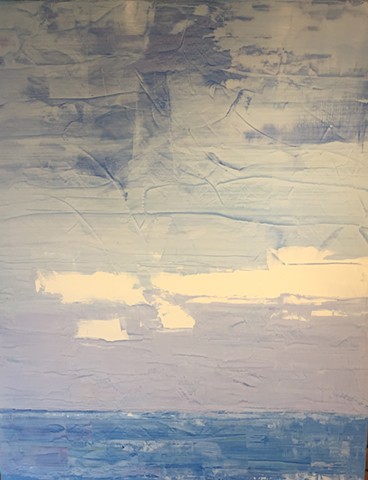 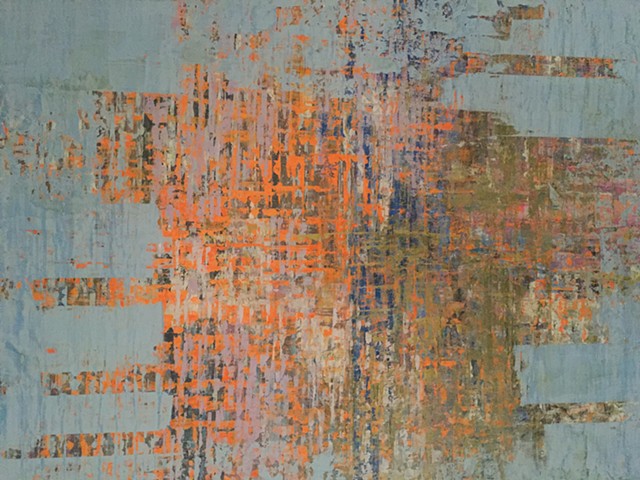 In 2010, Kristof began painting in a completely different style, using an alternative method, medium and subject, than he had in his past. He picked up his pallet knife, in addition to the brush, and embarked on a creative journey, departing from his oil and acrylic mediums on canvas, depicting sports figures, still life's and landscapes, to produce his new creation, The Abstract Series. This modern style of Abstract Impressionism, and Expressionist work employs a stunning new medium utilizing Venetian Plaster on board, with inherent Oil Pigments. The subject's that most deeply move him include the Colorado Mountain landscapeAspen trees and waterscapes of various types and artistic influences. Kristof is a prolific painter who is continually expanding his approach. His inspiration comes not only through his personal life experiences but the modern masters including Claude Monet, Gustav Klimt, Paul Cezanne ,Robert Motherwell and Gerhard Richter are reminiscent in his work.

Utilizing the challenging medium of Venetian Plaster with inherent Oil Pigments, gives his work depth, texture and a rich organic feel. Venetian Plaster, was used as far back as Roman times, but was made popular once more during the Renaissance 500 years ago in Venice. It is primarily composed of crushed marble and lime putty, which can be tinted to give a vast array of colour. Kristof’s distinct color pallet inflicts a rich and complex outcome. Each variation infused into the plaster, is applied with dissimilar quantity and never measured. His extemporaneous and emotional inspiration draws from a deep raw energy that translates into a poetic motion of his pallet knife. With the intricate texture of the plaster, it proves difficult to reproduce the same piece, only the essence can be achieved in a second attempt. It is simply impossible to reproduce. His paintings evoke intense feelings of mystery, ambiguity and secrecy. His bold use of color, texture and pastels coupled with his innate raw energy are the signature marks of this Colorado-based, international artist.

In 2008 The US Tennis Association, chose one of his paintings commissioned for Andy Roddick, as the official Poster for the Davis Cup. In 2010 and 2011, the Roaring Fork Polo Club, commissioned the official posters for their annual World Snow Polo Championship, held in Aspen, CO and the Rocky Mountain Polo Championship (Summer) held at the Roaring Fork Polo Club, in Newcastle, CO. His works have also been chosen for display in the St Andrews Golf Club in Scotland, UK and, most notably, his paintings are on permanent display in the Offices of the Chief of the

Kristof began his artistic career in Warsaw, Poland where he attended the Academy of Fine Arts in Warsaw and graduated in 1982 with a Masters Degree in Graphic Design. He worked as a graphic designer in Europe and developed his skill, as a fine art artist.

An avid sportsman, former professional athlete and member of the Polish National Sailing Team, that competed in the 1972 Olympics in Munich Germany, Kristof naturally gravitated to painting images of the sports he is passionate about; sailing, skiing, equestrian polo and tennis.

The Polish Postal Service saw his work on exhibition and commissioned Kristof to design sports related images for national stamps. He was a prodigy in the European art world and honored with 25 one man shows in Poland's largest cities, in Germany, and in Finland before he reached the age of 18. His training also came from the Escole Messana Art School in Barcelona Spain and on many artistic pilgrimages which took him to capital cities throughout Eastern and Central Europe. By this time, he had built an ardent following of private collectors, primarily in Europe.

He characterizes his brush strokes as representations of motion and emotion. When questioned about his decision to uproot his family, his wife and two young children, even though he was gaining wide expectance in Europe, Kosmowski comments regarding immigrating to America, “ This is an expansive country and offers unlimited scope for an artist to gain recognition. There may be artist lofts and studios on every corner, but I have confidence that my work will find a place in America’s heart.” Kristof and his family relocated from Europe to the US in 1988 where they settled in Florida until 2008 and now reside in Colorado, where he finds inspiration to create and expand his God-given talent.